of learners acheiving above 60% pass mark

learners participating in Climate Change and River Clean up Campaigns 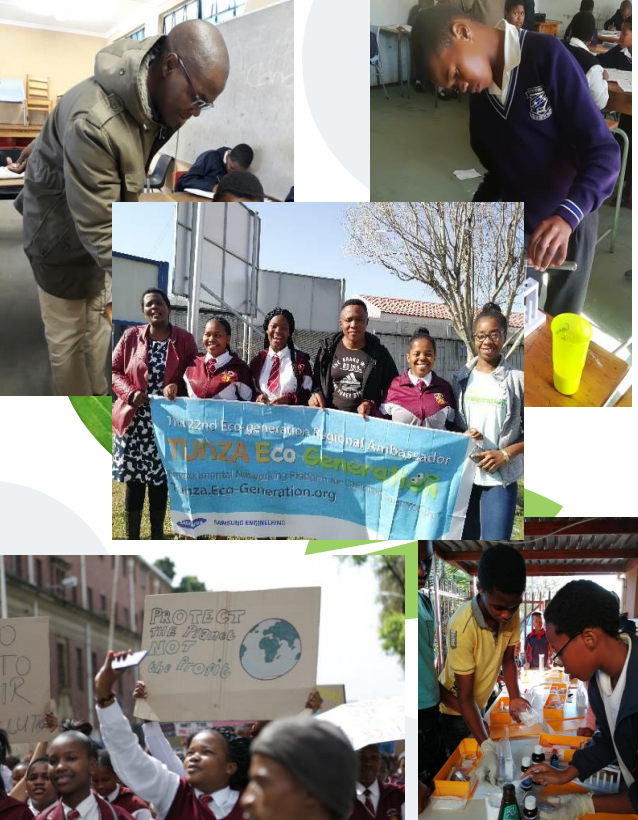 Since 2015, the organization implemented the after-schoolprogramme focusing in Mathematics,science practical in Masibambane and Hector Peterson High School. We have seen a remarkable improvement in the learner outcomes. An average of 56% was observed in Mathematics in both schools with 20%  of the learners achieving above 60%. An exceptional performance was observed in Natural Science practicals with learners achieving the average of 80%. In 2019 we expanded the pilot to include the environmental education in a new school known as Manzomthombo High in Mfuleni, Eco-club was established and we had 4 of our learners participating in environmental international competitions organised by Tunza Eco Generation. More than 100 learners from the Eco club participated in the climate change march organised by civil society to highlight the urgency for the South Africa’s Climate change mitigation programmes. In Kraaifontein 1 STEM club was established where a group of learners meet in an informal way and dirty their hands in a number of activities to stimulate
learner’s excitement about STEM subjects. From time to time, STEM ambassadors who are volunteers from a wide range of jobs and backgrounds who are passionate about inspiring young people to pursue careers in STEM subjects visit the club.

In 2016, after a protracted struggle consisting service delivery protest and media campaigns, the City of Cape was compelled to purchase land and implemented an electrification project for the people of Klipheuwel Squatter Camp. Due to the success in Kliphuewel, RNDA was invited to assist the residence of Fisantekraal informal settlements in their struggle for People’s Housing Project (PHP) against the City of Cape and the Housing Development partner Garden Cities.

On the 24 June 2019, the City of Cape Town and Sakhuluntu Housing Project (SHP) signed an MOU approving the upgrading the informal settlement in order to produce 1200 service sites and build houses. SHP is the organization which RNDA established in order to organize the residents of the informal settlements that were demanding PHP houses instead of those build by the City partner developer, Garden Cities.

Lastly, RNDA successfully advocated for the urban farmers in Fisantekraal who were being displaced by the City of Cape Town. To date, RNDA is working with Small Enterprise Development Agency (SEDA) to organize farmers into cooperatives in order to prepare them to receive support from the national Department of Agriculture, Land Reform and Rural Development. 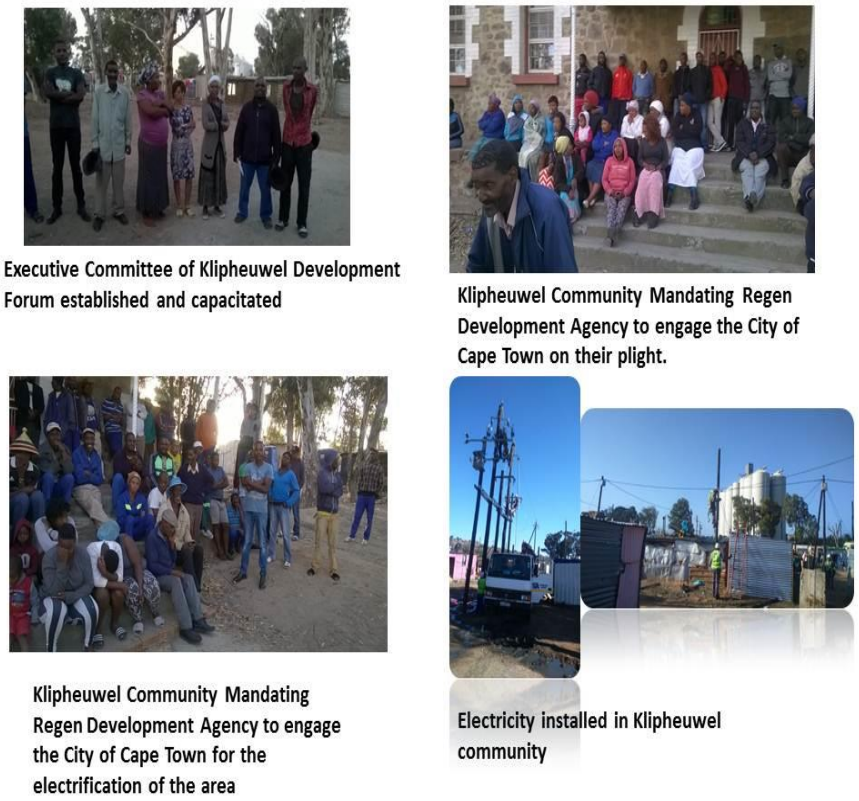 Successfully piloted an Inclusive Business Model focusing in school uniforms in order to obtain a proof of concept for the model which will be implemented to generate income for RNDA and facilitate the growth township CTMs (informal clothing and textile Businesses). The business trading as Kubwa Fashion received approximately R10 000 from Small Enterprise Development Agency (SEDA) to develop a strategic business plan, now completed. We currently engaged with SEDA and Cape Peninsula University of Technology to discuss couching and mentorship for the business and CMTs